Currencies – how they affect your investments 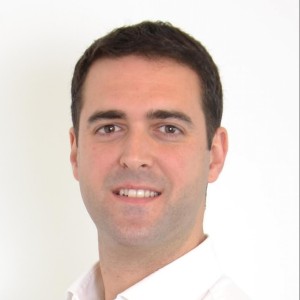 Currencies affect your investments. But it’s very hard to predict their direction with any degree of certainty. Economic theories abound with rationales for currency fluctuations. Yet, most people can at best take educated bets on where a certain currency may go in the future.

Most investors and certainly all expats are exposed to currency fluctuations. At the very least, you are earning your income in currency X which is different from your home currency Y.

When approaching currencies as an “expat investor”, the first question is, what is my reference (or “home”) currency? What currency do I choose to measure my wealth? Most likely, either the currency of the place you live in (in which you generate your income), or the place you come from (where you may want to return to). And then there may be other currencies you choose to invest in, for whatever reason.

You made money. How much of it comes from FX?

Currencies inevitably affect the current and future value of your investments. But when deciding what to invest in, understanding currency performance against investment “core” performance, as well currency volatility, is very important.

An investment “core” performance is the return it offers you in its own currency. If I invest 10,000 USD in a stock which I then sell a year later for 15,000 that stock core performance in USD is 50%. But its EUR performance may well be different, and A LOT different.

Exirio gives you the answer.

On Exirio, we calculate your investment metrics in two currencies. The currency of the specific holding as well as another reference currency, which you choose as your “owner currency”. This way you can appreciate how much of your performance comes from “core” performance, and how much was actually caused by currency fluctuations. We can’t eliminate your currency exposure. But we can help you understand its impact on your wealth.

A few words about currency volatility, or how much a certain currency changes in value over time against your reference currency. As logic suggests, the larger the volatility the bigger your exposure. That is, the higher your chances of a “core” performance being substantially affected (in either direction) by currency volatility. When choosing a currency to make an investment, it is advisable to get a sense of how much that currency is likely to swing in the future. Or be prepared for a potentially bumpy ride! The role of crypto in a portfolio

The saying used to be that if you can’t beat the crypto crowd, it might be time to join them. Watch the full interview or listen to the Dubai Works podcast: David and Piero talking about Exirio, Dubai, crypto with

Investing can be fun. And hopefully profitable too. But there is always a flipside to it, which is much less fun