Is inflation out of control? (and why you should care) 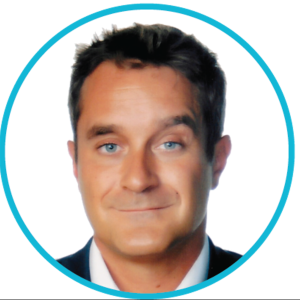 U.S. consumer prices jumped 6.2% in October, the biggest inflation surge in more than 30 years. This was the big news on 10 November.

Why does inflation matter?

Inflation sets the first benchmark for your investment returns: if your money is growing at less than the inflation rate, you are getting poorer. Inflation also measures how fast your salary needs to grow, if you don’t want to be getting a pay cut (in terms of what the money you earn can buy you).

But most of us (if not all of us), feel quite disconnected (i.e. confused) from the many “official” inflation rates. CPI (Consumer Price Index, which tracks the prices of goods and services  regularly purchased by consumers) or COLI (Cost of Living Index) or PPI (Produced Price Index)? Headline inflation (which is the change in CPI within two set dates) or Core Inflation (same CPI but without accounting for the most volatile components of CPI, food and energy)? “Any measure of inflation is in reality a bundle of assumptions and adjustments, masquerading as a Concrete Fact”. Most of us (if not all of us) have had at least once the feeling that whatever number we are given as the “official” inflation rate, it underestimates the one we truly feel in our everyday lives.But regardless of the number we believe to be true, growing inflation is not a good thing

As mentioned earlier, rising inflation means faster devaluation of your wealth. Which needs to be invested at higher nominal rates if you want it to keep growing. But higher rates may well mean higher risks, and with so much liquidity around (in itself one of the main causes of inflation in the first place) a traditional risk/return curve can quickly flatten (large increase in risk for only marginally higher expected returns). As if that wasn’t enough, if consumers can purchase fewer goods because of higher prices, corporate revenues and profits decline, and the economy slows. Stocks tend to be more volatile, while fixed-income products (bonds) decline in value. Not a nice picture.

How did we get here?

To a large extent, because of Covid. Widespread lockdowns have caused myriads of bottlenecks in global supply chains, which means final products take longer to reach their destination, and at higher costs. So on one end, higher production costs and scarcity of supply. Then Covid-related political interventions (money dished out to companies and individuals) and monetary policies (record-low rates to facilitate credit) have boosted post-lockdown demand to record levels. More people want to buy more products that are less available and already more expensive than before. The result? These products become even more expensive. And it doesn’t end here.

When prices go up for long enough, you expect them to continue doing so; so you’ll buy more goods today to avoid paying more tomorrow. This means increasing demand, which causes prices to rise even more with a self-reinforcing mechanism.

And that’s how inflation can get out of control.

Where do we go from here?

I wouldn’t like to be a central banker these days.

Central banks have price stability as their main objective. So their job is now to once again increase rates to make money “more expensive”, to reduce demand while supply is given the time (and support) to catch up. But if central banks don’t do that quickly enough it can come back to bite their credibility, which is their biggest asset against consumers anchoring their inflation expectations. If consumers start to believe an inflationary world is the new norm they will begin to act in a way that will make it so (the self-reinforcing mechanism mentioned above).

But if interest rates are so low there is a reason: the pandemic caused businesses to disappear practically overnight, millions of people lost their jobs and the economy experienced its biggest contraction, ever. That was only a year ago, and Covid hasn’t exactly been defeated yet: pulling economic support too quickly can plunge the world in a global recession largely avoided so far thanks to that very economic support.

What should you do?

Inflation hedges are quite popular these days: real estate, gold and bitcoin have all been flirting with record highs. But stock markets seem to not be reading the news and have also been pretty steady near record levels. As individuals, we cannot affect inflation: so if it’s here (temporarily or not), we can only up our game: whatever it is you put your money in, the importance of accurately tracking your investments’ performance is as high as it can be. Let Exirio do that for you. Money-Weighted Return: what is it?

Like all return metrics, the money-weighted return is a value that is calculated to assess the performance of an investment. Debt: owing any money, to anybody, for any reason.  Most of us have an opinion (good or bad, necessary or Do I need life insurance?

Saving and investing will take us a long way towards financial freedom but what if, before we got there, the